tomorrow’s Premier League clubs.” Crouch is confident the failed European Super League and the Saudi-backed takeover of Newcastle have convinced top-flight clubs to support her recommendation of an independent regulator. The Government’s fan-led review delivered 47 recommendations and calls for the introduction of a new independent regulator of English football (IREF), which would run a licensing system for professional clubs. The 20 top-flight clubs are responsible for running the Premier League and are likely to be wary of a higher power — with a Premier League statement last night welcoming Crouch’s report but warning that any reforms must not “damage our game, its competitive balance or the levels of current investment”. The review was launched in May, in part as a response the aborted attempt by six Premier League clubs to join the European Super League (ESL). Crouch’s recommendations would enable IREF and supporters to block any attempt at a future breakaway competition. Meanwhile, Newcastle’s takeover by Saudi Arabia’s Public Investment Fund (PIF) was approved by the Premier League last month after they claimed to have received “legally-binding assurances” the club’s new ownership was not controlled by the Saudi state. The deal has infuriated Newcastle’s top-flight rivals, and Crouch believes the ESL and the takeover have together helped to change opinions on the need for more regulation. Asked whether clubs would co-operate with reforms, Crouch told Standard Sport: “There’s been an evolution of opinion during this process, particularly in the Premier League. We’ve seen two significant things — the ESL and the takeover of Newcastle. So I think there’s been a change of opinion about the need for an independent regulator.” She added: “I hope there isn’t [any pushback from within the game]. There is a general recognition of why we had to do this review. At least there’s been no significant objection to it [so far].” In her report, Crouch warned English football faced a “stark choice” between modernisation and “the inevitable consequences of inaction”, and described the game as “at a crossroads”. IREF, who would be established by Parliament and Crouch hopes will be in place for the start of the 2023-24 season, would be able to demand clubs show proof of financial sustainability and have sweeping powers to intervene if they are poorly run. It would also oversee new tests for both owners and directors. In her report, Crouch’s 10 key recommendations also include a new mandatory code of corporate governance for all professional clubs and mandatory “equality, diversity and inclusion plans”. Crouch said it was “heartbreaking” to hear testimony from fans who had been “betrayed” by owners of their clubs. Her recommendations include the introduction of a Shadow Board of fans to deal with clubs, while supporters would have a veto or ‘Golden Share’ against things like changing the club’s name. The report’s other key recommendations were a separate review for women’s football and improved protection for players who leave the professional game. The FA “welcomed” the review and promised to liaise with government on its recommendations, while EFL chairman Rick Parry said he looked forward “to advancing discussions with the Premier League regarding a restructure of the funding model that works for the whole game”. 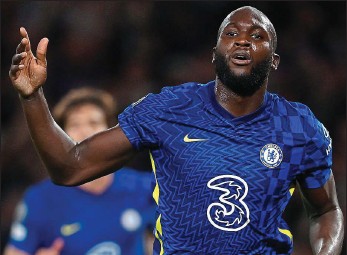