GERMAN supermodel Heidi Klum was instantly recognisable despite keeping her mask on as she crossed a busy street in Los Angeles. The 48-year-old kept it casual in an all-light blue outfit during a shopping trip with husband Tom Kaulitz. Klum, a judge on America’s Got Talent, was previously married to English singer Seal. 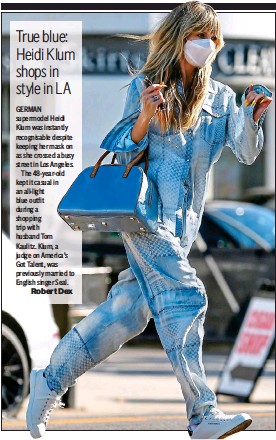