RICHARD MADELEY was taken to hospital today after falling ill on the set of I’m a Celebrity. The TV presenter, 65, is taking part in this series of the ITV show, filmed at Gwrych Castle in Wales. Madeley’s medical episode happened one day after a trial which saw him drenched in freezing rotting fruit and fish guts. ITV said: “Richard was ... taken to hospital as a precaution, the health and safety of our campmates is our priority.” 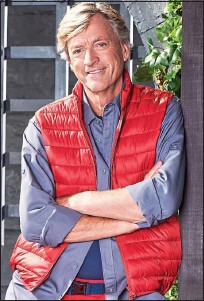